How did you get started in the design industry? It all started with a sponge toss in Ann Arbor, Michigan, followed by a somewhat rushed undergraduate degree in design and then, a deliberate and formative graduate degree at the MFA Design program at the School of Visual Arts (SVA). Everything in my career can be mapped back to that program. Bobby C. Martin Jr. and I were seated next to each other on day one.

What led you and Bobby C. Martin Jr. to found The Original Champions of Design? Steve Heller and Lita Talarico, who founded the SVA MFA Design program. Back then, the program was called Designer as Author, and it was predicated on the idea that designers didn’t need to wait for someone to provide content; they could be content makers themselves. The program has since evolved to have an entrepreneurship focus and, as we’ve gotten to know the cochairs, it’s clear their end goal has always been total anarchy. They empower each student to take everything apart and put it all back together again. That’s what we did with The Original Champions of Design, and that’s what we do for each of our clients everyday.

How has working for Pentagram and New York City’s Olympic bid helped you shape your design process and practice? Having both in-house and consulting experience was hugely beneficial to starting an agency. At Pentagram, specifically on Michael Bierut’s team, I learned how to design. Watching Michael in action, I got a Ph.D. in client management, concepting, craft and generosity. At NYC2012, New York City’s Bid Committee for the 2012 Olympic Games, I learned how to center design when it’s anything but central to the business at hand. Just one year out of grad school, I was presenting work to the deputy mayor of New York City and forming design processes that I still implement today.

When you’re developing a brand identity system for a client, how do you know when you’ve done enough research? The timeline. The purpose of research is to eliminate bias from a project: Our bias. The client’s bias. Cultural bias. It’s digging into history, looking ahead into the future, documenting today and opening our imaginations until we can see every thread of a project at once. The only reason to stop that kind of interrogation is because time requires it.

What insights did you take away from serving as the design director of Hillary for America? I learned that the contrast between the size of these enormously consequential political campaigns and the almost everydayness of the people running them is thrilling and exhausting. It’s crushing to realize how much responsibility we have. We meaning everyone, every individual American. Voting is so important. Volunteering is so important. Working on campaigns is so important. I didn’t get it until I saw it up close. I am thankful for the design team. Each person accepted her or his responsibility for the 2016 outcome and stepped up to serve. It’s scary, but I hope more designers will do it.

The power of design excites me.”

How does political branding differ from corporate branding? In politics, the brand is a person. Your work is to distill a human being into tweets, merchandise, type, color and signage because a person can only be in one place at a time. Your work multiplies her. Your work is held to the same standards as your candidate. Your work needs to move as fast as a news cycle. And, as with all simulated reality, people can smell a phony. Hillary Rodham Clinton has 100 percent name recognition. We had to get her into every campaign touchpoint and it had to feel real.

What do you find most interesting about the branding for the 2020 presidential candidates? There are so many Democratic candidates that they’ve been forced towards less traditional branding for the purposes of differentiation. Nothing outrageous came of it, but it’s nice to see a little risk-taking in a notoriously risk-averse industry.

What kinds of changes (in both the industry and design education) did you observe when joining the faculty of the School of Visual Arts MFA Design program, where you were a student?I joined the SVA MFA Design faculty just three years after graduating from the program, so not much had changed. Since then, the program has morphed from authorship to entrepreneurship, carving out an ever-growing chunk of capabilities for designers.

What is the biggest challenge currently facing designers? Climate change.

What excites you about design right now? The power of design excites me. We make information accessible. What’s more powerful than that? As The Original Champions of Design, we advocate for the power of design in name and in business. It’s not about what we do for our clients; it’s about what we empower them to do for and on behalf of the world.

Jennifer Kinon cofounded The Original Champions of Design with Bobby C. Martin Jr. Clients include the Girl Scouts of the USA, the National Basketball Association and the New York Times. She served as design director of Hillary for America in 2016, design director of New York City’s 2012 Olympic Bid and art director at Graphis Inc. Prior to founding The Original Champions of Design, she worked in Pentagram’s New York City office with Michael Bierut, overseeing a roster of clients including New York University, Saks Fifth Avenue and Sesame Street. Kinon has also served as president of AIGA NY. She graduated from the University of Michigan and received her MFA in design from the School of Visual Arts, where she was the first graduate of the program to join its faculty. 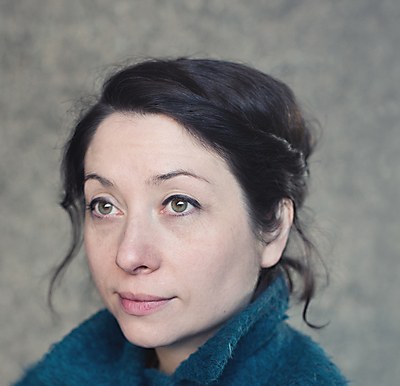 Columns / Insights
Play-Doh Photography
Eleanor Macnair discusses the importance of making her artwork accessible to everyone. 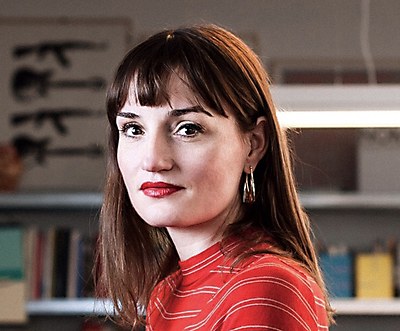